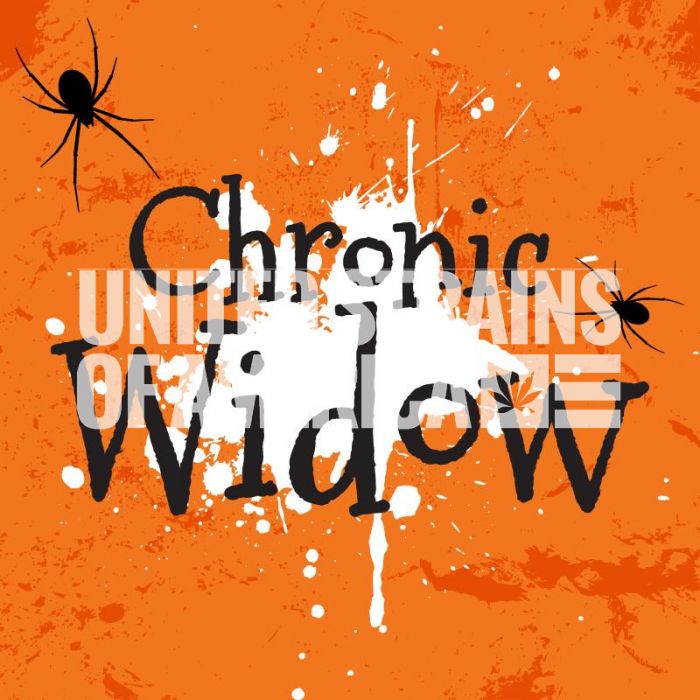 A ent hybrid with an immense burst

Chronic Widow is a ent hybrid that alters the perception with an immense burst of euphoria coupled with substantial body effects. It is an Indica leaning hybrid that apart from the profound physical high, is also a beginner-friendly strain for home c... Read More

Chronic Widow is a ent hybrid that alters the perception with an immense burst of euphoria coupled with substantial body effects. It is an Indica leaning hybrid that apart from the profound physical high, is also a beginner-friendly strain for home cultivation.

Chronic Widow combines the best qualities of its easy-to-grow parents. It is fun to grow, but the joy comes during harvest time as it has the ential to produce massive yields. It does not mean that the cultivation is effortless, though. A rudimentary knowledge comes in handy, though it is not too difficult to quickly learn the basics of gardening. The resiliency and high tolerance of this hybrid to stress makes it an excellent introduction to cultivation - be it for home or with commercial intent in the future.

In picking the suitable medium, organic soil is the most ideal. This hybrid can be a little sensitive to fluctuations in the acidity of the medium. As such, organic soil is the best choice as the pH range do not change as much as in hydroponics. Moreover, it allows for the optimal production of terpenes to boost its fragrance and flavors as well as other benefits.