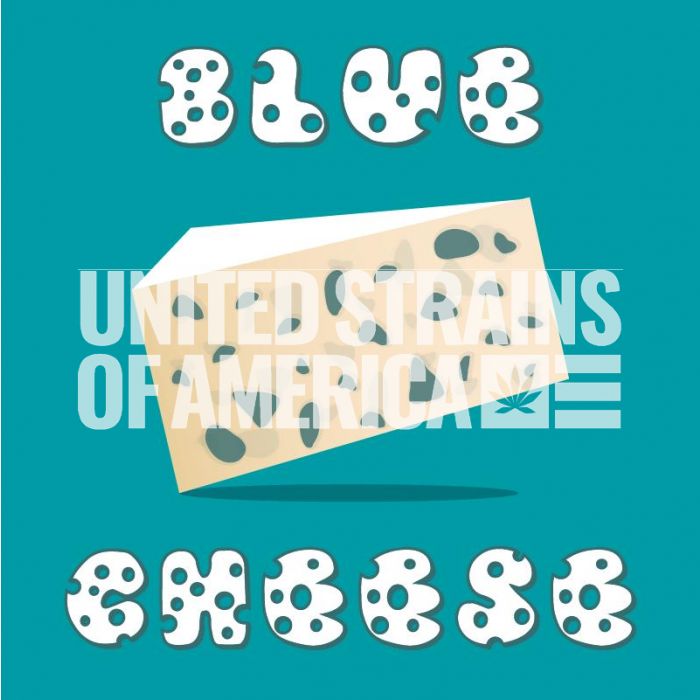 UK Cheese is arguably the most popular strain in the United Kingdom. It has also been used as a cultivar to breed many other hybrids. As one would expect of a variety given such name - it has a pungent, sour smell of its namesake. More than that, it is a ent Sativa that could induce an intense psychedelic experience.

Using hydroponics is a great option. But to let the plant achieve its full ential with regards to fragrance and flavors, it is best to use soil as the growing medium. However, to maximize its yields further and cut down its vegetative phase, employing the Sea of Green set up would be ideal. After, growers can harvest some 500 grams of buds per square meter within 8 to 9 weeks of flowering.

Gradually, soothing sensations spread to melt the body like cheese. It high level assures that. As the built-up tension is washed away, it is replaced with a relaxing buzz that helps in unwinding without the senses getting knocked off.

Blue Cheese satisfies the mind before bringing in profound relaxation. It uplifts the spirit and brings people out of the funk. Recreational users may find it an excellent companion in chilling.

At home, whether it is indoors or outdoors, growing it is also a delight. Best of all, it comes in feminized seeds. Most important, United Strains of America makes sure that the seeds sprout into female plants that have the ential to produce an abundant number of flowers.