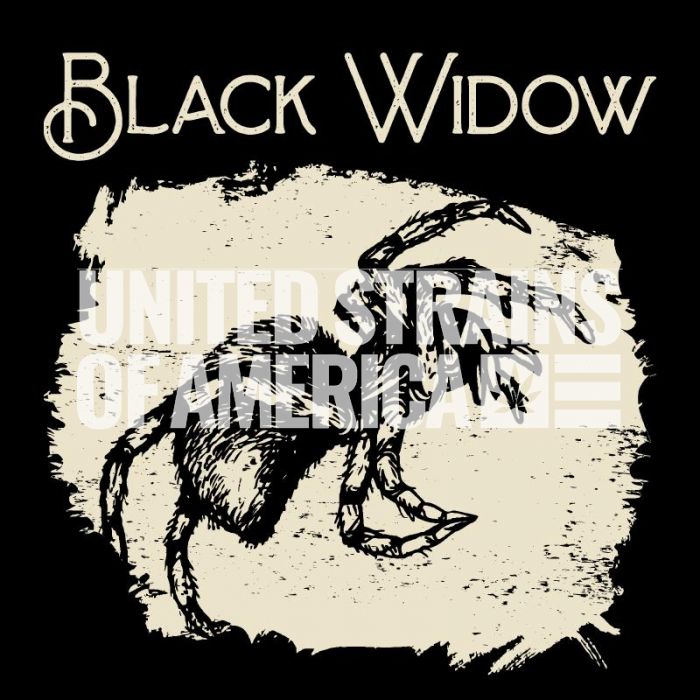 White Widow is one of the most popular strains for home cultivation, and it is for many good reasons. First introduced in the Netherlands back in the 90s, it quickly became a favorite among the patrons of infamous Amsterdam coffee shops. Mostly, it i... Read More

White Widow is one of the most popular strains for home cultivation, and it is for many good reasons. First introduced in the Netherlands back in the 90s, it quickly became a favorite among the patrons of infamous Amsterdam coffee shops. Mostly, it is due to the high octane euphoric high that makes it fun for sharing and having lively conversations.

Among the home growers, it is one of the top choices, especially by beginners. The reason is simple - it is easy to cultivate and tolerant of small mistakes.

Over the decades, many breeders have recreated this strain. However, it is almost next to impossible to find or determine which seed bank has a copy that is closest to the original.

Black Widow, on the other hand, is a hybrid developed from the very same plants that produced the original White Widow. The two genetics is a female Brazilian Sativa and a male South Indian Indica. Both these landraces have been well-preserved for nearly three decades already.

For the discerning enthusiasts, Black Widow is as pristine as it could be coming from the original parental genetics. It is available in feminized seed form at United Strains of America.

Black Widow is a resilient plant that has excellent resistance against molds, mildews, and pests. It is suitable for indoor cultivation due to having a small, compact stature that rarely exceeds 90cm tall.

The female seeds of Black Widow sourced from United Strains of America are quite easy to germinate. Opting to use soil as the medium could help improve the scent profile. For more vigorous growth, hydro is the way to go. Also, one way to have a virtually unlimited supply of this remarkable herb is to adopt the Sea of Green training technique.

During the flowering stage that takes about 8 to 10 weeks, bright green buds form covered with a thick coating of frosty white trichomes. During harvest, each square meter yields 350 to 400 grams of buds.

Black Widow thrives just as well as it does indoors. With free space, it grows up to 180cm tall. In the northern hemisphere, harvest occurs during the first week of October with each plant producing 300 to 400 grams of flowers.

Black Widow emits a pungent odor that necessitates the use of carbon filter indoors. The sweet and skunky scent comes with a piney and fruity undertone. Upon exhale, it leaves a sweet and nutty aftertaste.

Black Widow is insanely ent and should be avoided by beginners. Even in a small dosage, it swarms into the head with a euphoric buzz that takes the mind soaring sky high - in a good way. It would also feel like the senses are on overdrive and hypersensitive to the surroundings.

It takes much longer later before a subtle but noticeable soothing sensation envelops the body. These physical effects complement mental stimulation by keeping the mind grounded.

This strain keeps the motivation level for staying productive high. It also helps that it acts as a natural energy-booster to keep one on the go.

Expect to feel the eyes and the mouth dry. Any sudden movement might cause a bit of dizziness. Depending on the tolerance level, some people might have a headache too. Consuming too much could also lead to feeling paranoid or anxious.

It can be argued that the White Widow today from different breeders are not 100% the same as the original that made waves some decades ago. The only variety that could be deemed as nearly identical is Black Widow.

Recreational consumers could appreciate the invigorating cerebral high followed by gentle body relaxation. Patients, on the other hand, could uplift the quality of life if only the pains could be wiped away. To this end, Black Widow also does not disappoint.

For home cultivation, it is one of the easiest strains to grow, and one that even beginners should not have much difficulty. The feminized seeds from United Strains have gone through a thorough check to ensure that the germination rate is among the highest in the industry. More importantly, these seeds were produced by hand-picked mothers that have been stabilized.